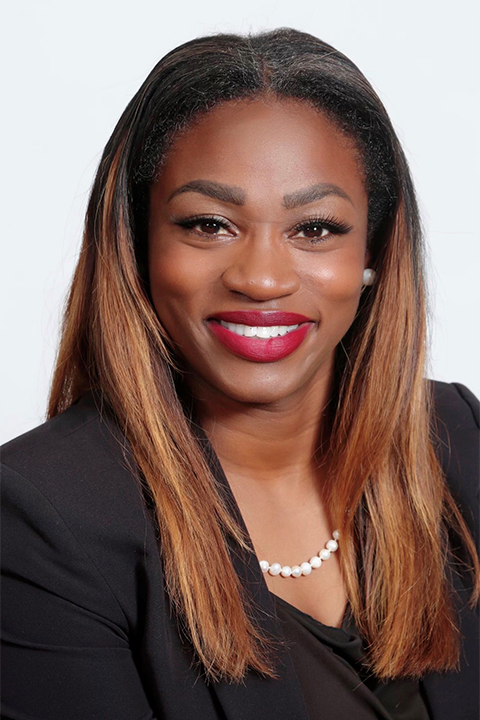 Bridgette Smith-Lawson was the Managing Attorney for the Texas Department of Family and Protective Services - Office of General Counsel. She has managed Regions 5 and 6 consisting of up to 23 counties in the Southeast quadrant of Texas and offices in Houston, Texas. Fort Bend County has been one of her many assigned counties and is where she lives and raises her family. Mrs. Smith-Lawson began with the Department of Family Protective Services as a Regional Attorney assigned to Adult Protective Services and then to Child Protective Services. Mrs. Smith-Lawson provided direct legal advice to the Regional Directors for CPS and CPI Divisions, to the agency staff, District and County Attorneys on a wide variety of matters including but not limited to child welfare law, government liability, civil litigation, probate, policy interpretation, immigration law, etc.

Mrs. Smith was awarded the “ Extraordinary Coach Award ” from the Texas Health Human Service Commission and completed the Executive Leadership Academy where she was cross trained on other state agencies, government and employee management, etc. in ELA Class 8. Before joining the Department Mrs. Smith-Lawson was in private practice and practiced in the areas of criminal law, bankruptcy (7, 11, and 13), civil litigation, personal injury (pharmaceutical litigation), probate, and guardianship matters. Mrs. Smith-Lawson graduated cum laude from Thurgood Marshall School of Law in May 2003 and was licensed in November 2003. She received her undergraduate degree from the University of Houston in 2000 with a major in Political Science and a minor in English. Mrs. Smith-Lawson is also licensed in the United States District Court , Southern District of Texas since May 2004 and also has experience as a certified attorney ad litem. In October 2019, as a public servant and aggressive advocate, Mrs. Smith-Lawson won an immigration appeal against the US Department of Homeland Security which changed immigration policy for youth across the entire United States. She considered this as one of the best moments of her career because of the positive impact that this case will have on thousands if not millions of immigrant children.

In addition to previously providing legal guidance and managing a legal division, Mrs. Smith-Lawson had participated in several inter-disciplinary organizations and focus groups whose goals are to research permanency practices, policy development, education, and collaboration in protecting the aged and disabled populations and children. Mrs. Smith-Lawson has given numerous presentations to community organizations, civic groups, judges and Continued Legal Education (CLE) presentations regarding the awareness of abuse, neglect, and financial exploitation of the aged and disabled population and abuse and neglect of children. In August 2019, she was honored as a member of the Top 30 Most Influential Woman of Houston and surrounding areas.

Mrs. Smith-Lawson had been working for years in the Fort Bend community providing community service through different church, social, civic, and sports organizations. She spent 5 years working at Friendship Community Bible Church as the Co-Director for the Children’s Ministry spending almost every Sunday of the year providing spiritual curriculum, activities, and community outreach programs . In this role she helped to coordinate youth revivals, back to school bashes, and school supply drives for the church and community youth. Recently she coordinated the church’s first Parenting Conference which including speakers on the topics of: “Athletics, Academics – Balancing it All”; “When a Tantrum is More – Recognizing Stressors and Warning signs in Children’s Behaviors”; “NCAA Clearinghouse – What You Need to Know to get your Athlete in College”; “There’s an App for That – Social Media Class for Parents”; and other topics to equip parents with information and resources for their children.

In addition to the foregoing, Mrs. Smith-Lawson is an active member of Jack and Jill of America, Inc. and is currently t he Vice President of the Sugar Land Chapter . She has spent countless hours on community service projects in this organization and has received awards for the most community service hours and earned a national award from Jack and Jill of America Inc. at the 43 rd National Convention in Kansas City, MO for “Best of the Best Cultural Programming” for children. Mrs. Smith-Lawson was selected last spring by the National Executive Board for Jack and Jill, Inc . to attend the Jacqueline Moore Bowles Leadership Academy.

In her spare time, Mrs. Smith-Lawson enjoys her family which includes her husband of 20 years Rev. Al Lawson, CFM and two daughters ages 10 and 13. She also enjoys cooking, and running. Last Mother’s Day she completed the Mama’s Fun Run 5K. Additionally, in November 2019, she placed 3rd in her division during the Fort Bend District Attorneys 5K Running Against Violence Race. Mrs. Smith-Lawson believes in working and serving in any and all capacities to make someone’s life better than it was yesterday. Rolling up her sleeves to help others is her lifestyle both professionally and recreationally and she considers it a blessing to be able to serve."

In general, the County Attorney is to defend the County in all lawsuits; issue civil legal opinions upon request to all elected officials and department heads; prepare and/or review all contracts entered into by the County; and conduct legal research required to assist all county departments; and actively serve as advisors to County officials and department heads and Child Protective Services (“Clients”). Additionally, the office proactively seeks ways to prevent the County and its employees from being exposed to legal actions; efficiently and effectively provides all the civil legal services for the County and certain services for the state, including Child Protective Services; provides effective litigation services; and assures adequate delinquent collections of bail bond forfeitures and unpaid drainage district improvements. The duties and responsibilities of the County Attorney are broadly defined in Section 45.179 of the Government Code.

The County Attorney’s office will provide professional, timely, and cost efficient legal services to the County.